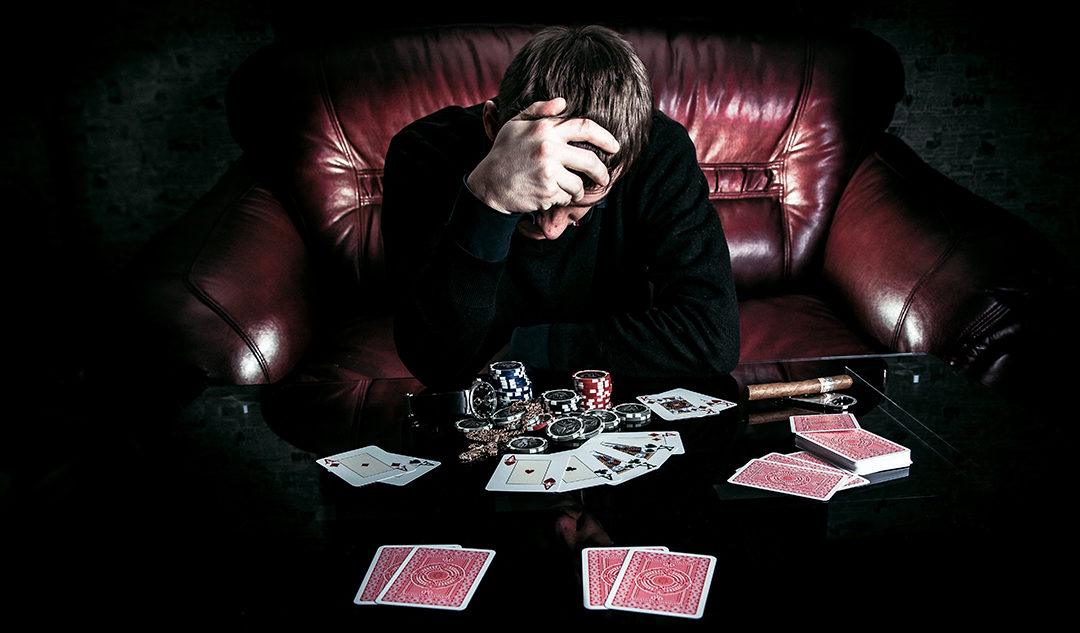 Addiction of any kind is no laughing matter. It kills careers, destroys families and costs lives. Gambling addiction is no different. And just before people fall into that hole, they display signs. In this article I share a very personal experience of mine. Out of respect for those suffering from gambling addiction, I’ll do away with my usual light-hearted approach and treat this subject matter with the sober attention it deserves.

Two weeks ago I received an email titled “Loss $$$$” which I found rather troubling. The problem was that this person had lost more than $20,000 of his savings. And he wanted to use the remaining $2,000 he had to try and win it all back. This was a clear sign that I was dealing with gambling addiction.

I started this blog mainly because of my passion for the subject. The fact is I don’t believe in easy money – but I wouldn’t mind it. And if that’s your mindset too, then I say head on down to the casinos and have fun! You probably have the good sense to set aside money you can gamble with. Money that you can comfortably afford to lose. I was fortunate (or perhaps unfortunate) enough to witness people close to me losing their life savings while growing up, which eventually developed a sense of discipline about risking money in me from a young age.

I was introduced to the world of gambling at a rather impressionable time in my life. But even though my interest for the subject has remained strong, so has my discipline for preserving personal funds. In fact, during my first ever casino experience where I played Baccarat, I was on holiday and chose to risk only the amount of money that I knew would not have a negative effect on my vacation – it was spare cash that would have gone into some additional shopping during that trip anyway. And that trade-off for the risk was completely acceptable to me. The way I saw it, I was choosing to pay for one entertaining experience instead of another.

That being said however, there was a point of time in my life where I did briefly deal with gambling addiction. And it all started with one brilliantly lucky win. It was on my birthday actually, and this was during the 2002 FIFA World Cup season. I remember this like it was yesterday. My girlfriend at that time had given me a birthday surprise by bringing me to Marriott Hotel where they had huge outdoor screens by the poolside that were showing live soccer matches, with free flowing food and booze the whole evening. Earlier in the day, just for fun I had placed a silly bet of approximately $50 – predicting the exact scores of all 3 matches that were being played that day. Amazingly enough, I was spot on. And I won a pretty substantial amount of money (for a teenager).

I was a 19-year old party animal who had suddenly acquired a good amount of cash – a complete recipe for disaster. Besides throwing about $3,000 on booze and parties within a month, I also managed to blow every last cent of my winnings. Why? Because I couldn’t stop gambling.

I was a supporter of the French team (who were defending champions for the World Cup) and they had suffered a highly improbable defeat during their first match against Senegal. I was so sure that they would pick themselves up after that match that I kept betting on them. And each bet got bigger as they progressed (and lost) in their games. Their last match was against Denmark and I lost all my remaining money on that one. Up till that point France had not scored a single goal during the entire World Cup and I was so sure that it was impossible for that to happen to a defending champion. So in my mind France absolutely had to score at least one goal in this match. They didn’t. It’s funny how addiction makes you rationalise what it wants you to believe.

Between that period of time from when I won my money to when I lost it, I was completely addicted to gambling. I woke up every morning thinking of what I was going to bet on that day. Even on days where there were no matches, I would find something to wager on. I had too much money for my own good and I couldn’t do without the excitement – that hope that once again I would feel like I did on my birthday where I predicted the scores of those 3 matches correctly. That feeling of “I might strike it rich today” was something I couldn’t do without.

If you feel like you can relate to these attributes, then it may be a good idea to get some professional help before things get worse. I was very lucky in that I didn’t lose much more than my winnings – so it didn’t affect my personal finances all that much. And I learnt my lesson after that. But not everyone is that fortunate.